Type 2 Diabetes Mellitus – What is it, what causes it, and how to address it? 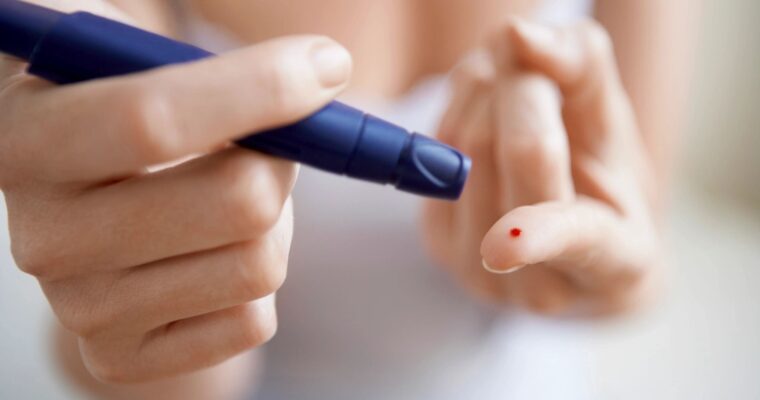 When we eat foods, our bodies break them down into smaller parts through the digestive process.  Carbohydrate foods (and in some extreme cases, protein foods), are digested and broken down into glucose, the body’s preferred source of fuel. In order for glucose to be used by the body, it needs to be allowed to enter into cells. Insulin, a hormone produced by beta cells of the pancreas, signals cell receptors to allow glucose to enter. Without insulin signaling cell receptors, and without cell receptors responding to insulin’s signal, glucose would be stuck in the bloodstream (Nix, 2009).  This phenomenon will eventually lead to the illness known as diabetes.

About 1 in 10 Americans have diabetes.  About 90% of people who have diabetes have Type 2 Diabetes Mellitus (T2DM) (CDC, n.d.). In fact, it is estimated that by 2050, 1 in 3 Americans will develop T2DM if current trends continue (Boyle, et.al., 2010).  At this pace of development, it can be concluded that T2DM is an epidemic in America, and its effects impact the entire world.

People at highest risk of developing T2DM include those with a family history of the disease, are overweight or obese, over the age of 40, are black or of African descent, Hispanic, Asian, Native America, or Pacific Islander (Nix, 2009). People who have diagnosed hypertension, hypercholesteremia, people with cardiovascular disease (or a history of it), women with PCOS, and people who are not physically active are also at a higher risk of developing the disease (Mahan & Raymond, 2017).  Some of the initial signs of T2DM include excessive hunger and thirst, frequent urination, blurred vision, and unexplained weight gain  (Nix, 2009).  Practitioners can also look for observable signs of the disease, such as dark patches (acanthosis nigricans) on the cheeks or the back of the neck (American Diabetes Association, 2000).  Although there are some common symptoms of the disease, symptoms may not be experienced by people at all until the disease has already been established in the body (Nix, 2009).

T2DM can be prevented if clients receive annual physical exams. Standard laboratory tests administered during an annual exam will include the markers necessary to diagnose T2DM, or to assess whether someone is at high risk of developing the disease (prediabetes). These tests will normally include a fasting blood test which would be used to screen for hyperglycemia (fasting blood glucose, insulin, HbA1c), and a urine test which would be used to screen for glucosuria (Nix, 2009).  Unless clients are diligent about getting annual exams that include a comprehensive metabolic lab panel, they may not be aware that they have an issue with blood sugar regulation until after they already have the disease.  By this point, up to 50% of the pancreas’s beta cells may already have been damaged, and the disease state becomes more challenging to manage without medication (Mahan & Raymond, 2017).

T2DM is caused by either cell receptor resistance to insulin signaling (referred to as insulin resistance), by the pancreas’s inability to produce enough insulin, or a combination of both of those instances.  There are several factors that may contribute to the development of T2DM.  Poor dietary choices and physical inactivity are two of the top contributors to the development of T2DM (Mahan & Raymond, 2017).  .

Diets that are high in carbohydrates, and calories in general, stimulate the pancreas to produce large quantities of insulin. Initially, the excessive amounts of insulin pushes the glucose into cells.  Over time, the pancreas becomes exhausted and unable to secret adequate insulin, or cellular receptors may become desensitized to the presence of insulin, and cellular uptake become limited.  When insulin is deficient in relation to the amount of glucose intake from food, hyperglycemia occurs.  This insulin deficiency, over time, leads the liver to begin producing even more glucose since the cells aren’t getting the glucose energy despite there being more than enough glucose in the bloodstream.  At this point, not only is hyperglycemia an issue, but glucotoxicity becomes apparent (Mahan & Raymond, 2017).

A lack of physical activity contributes to the development of T2DM.  Physical activity allows for the contraction of skeletal muscle.  That muscular contraction is largely dependent on glucose.  If glucose is then used to fuel the contraction of skeletal muscle instead, then it is far less likely to cause the problems aforementioned.  Movement helps improve insulin sensitivity, normalize body weight, and consequently, improve overall health (Mahan & Raymond, 2017).

An imbalance of HPA-axis hormones may also contribute to the development of T2DM (Nix, 2009).  Insulin works alongside HPAT-axis hormones, including cortisol, growth hormone, and epinephrine.  Each of these hormones are insulin antagonists. When these hormones are high or if their producing organs are in a state of malfunction, it impacts the body’s ability to produce insulin (Nix, 2009).  If the HPAT axis organs are dysfunctional and/or their hormones are overly active, people are more likely to be hyperglycemic and have a higher HbA1c lab result.  This too can ultimately lead to T2DM (Joseph, et.al., 2015).

While T2DM, does not have to be a death sentence, living with the disease requires lifestyle modifications that are difficult to sustain for some people.  Changing the foods that one has been accustomed to eating due to cultural norms or food preferences, potentially injecting one’s self with insulin, making time for exercise – these are all very real challenges that are sometimes necessary components of a diabetic lifestyle.  It then is logical to understand why the incidences of depression diagnosis raise significantly in patients after receiving a T2DM diagnosis.  In fact, people with T2DM have over a 60% greater rate of clinical depression diagnoses than those who do not have the disease (Hoogendoorn, Roy, & Gonzalez, 2017).

In a literature review concerning quality of life (QOL) in patients with T2DM, researchers sought to discover how the disease, the necessary lifestyle modifications, and the subsequent mental health changes impacted QOL. The review and analysis showed several correlations between QOL and behaviors related to the disease.  For example, people who checked their glucose most often described having a positive QOL while living with the disease.  Additionally, those who participated in regular physical activity also communicated having a positive QOL.

There were also factors correlated with a lower perceived QOL. Patients who had other health issues in addition to T2DM, those who ate red meat, and those who had been diagnosed with either hypertension or depression described having a more negative QOL than those who did not.  Also, the patients who had been living with diabetes for the longest amount of time experience a more negative QOL (Jing, et.al., 2018).

Despite the many changes that come with a T2DM diagnosis, there are many things a patient can do to support normal functioning of the body, to improve health status, and to improve their QOL.  First, a focus on diet is necessary. Clients with T2DM should typically respond well to a low carbohydrate diet.  Carbohydrates do not have to be eliminated, but they should be low-glycemic carbohydrates.  Food such as low starch vegetables, low glycemic fruits, and whole grains can be enjoyed in moderation by people with T2DM. Also, people with T2DM should avoid added sugars, added fats, and alcohol.  Lean proteins like fish or chicken breast, and healthy fats like olive oil or avocados, are encouraged (Mahan & Raymond, 2017).   The Mediterranean diet has been noted as an ideal dietary pattern for those with T2DM (Esposito, et.al., 2015).

There are plenty of supplements that can be used to benefit patients with T2DM. One supplement that has been successfully utilized in patients with T2DM is cinnamon. In a clinical aimed to note the effects of cinnamon bark on patients with T2DM, 25 men and 33 women were either given a placebo (28 subjects) or 2 grams of cinnamomum cassia bark powder every day for 12 weeks. They took one dose in the morning with breakfast, two doses in the afternoon with lunch, and one dose in the evening with dinner.  The results of this clinical study showed a significant decrease in the subjects’ HbA1c3 levels and blood pressure levels.  Cinnamon can be taken as a supplement in pill form and can also be used as a seasoning in dishes (Akilen, et.al., 2010).

Finally, nutrition education and counseling from a licensed nutritionist or registered dietician has been found beneficial to diabetes management and overall QOL in patients with T2DM (Jing, et.a., 2018).  When a patient is newly diagnosed with T2DM, it can be a scary time.  There are many unknown variables and several lifestyle modifications that must be made in order to manage the disease.  Qualified nutrition practitioners can help patients navigate through this process successfully by teaching them the right foods to eat, the right portion sizes to eat, providing ideas for meal planning, and for helping them create a plan of action for all of the changes that must be made (i.e. new medications, time management from meal prep and exercise, etc.).  Nutrition practitioners can help the clients make plans that are reasonable, realistic, and science-based.  With the proper nutrition education, it is more likely that clients will be able to successfully navigate the diagnosis (Mahan & Raymond, 2017).