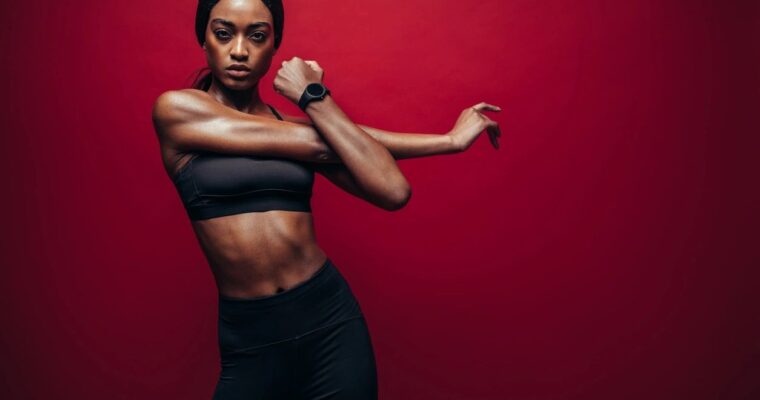 The human gut consists of both beneficial and pathogenic species, with the most diverse and abundant amounts being found in the colon. Microbiota diversity largely depends on the diet and lifestyle of the host.  Gut microbiota (both beneficial and pathogenic) have specific fuel preferences, and if available, they will flourish. Beneficial microbiota are best fueled by polysaccharides and amino acids.  In return, they help the host maintain a normal glycemic response to food, regulate energy metabolism, and produce acetate, butyrate, and propionate – the small-chain fatty acids that help keep colonocytes healthy (Kårlund et al., 2019).

Athletes have higher protein requirements, and it is very common for them to eat high protein diets (Kårlund et al., 2019).  The World Health Organization recommends 0.83 g/kg body weight per day for the average person. However, for strength and endurance athletes, the American College of Sports Medicine recommends 1.2-2g/kg body weight per day (Moreno-Pérez et al., 2018).  Higher protein is required for the athlete to:

Because of their higher-than-normal protein requirements, athletes are more likely to consume a high protein diet.  Supplements like whey protein powder are often used to help increase daily protein intake due to its fast absorption and easy digestion. In high-protein diets, however, more undigested protein waste ends up in the colon which causes more bacterial amino acid metabolism. This can either be a positive or negative factor depending on whether the host is capable of processing and using the small-chain fatty acids that are produced. In other words, the health and makeup of the host’s gut determine how effectively protein is digested, absorbed, and used (Kårlund et al., 2019).

Gut microbiota is linked to both health and chronic disease (Bressa et al., 2017). The study of gut microbiota and intestinal health is a quickly developing field.  As a hot topic in the field of functional medicine, new research is being published rapidly. As it relates to athletes, research availability is not as plentiful despite the fact that more athletes now supplement with probiotics and prebiotics in order to experience greater health benefits (Kårlund et al., 2019).  The research that does exist seeks to explain the impact of the athlete’s diet and physical activity on the athlete’s gut microbiota.  It does so by making comparisons between sedentary and active people, by testing fecal specimens of athletes on special diets, and by testing the fecal specimens of athletes involved in intense exercise.

On the other hand, problems with intestinal microbiota have the potential to contribute to many health problems, including intestinal diseases, obesity, and metabolic syndrome

While it’s unclear whether gut microbiota dysbiosis is a cause of disease or a consequence of disease, gut dysbiosis is associated with many chronic diseases (O’Sullivan et al., 2015).  Fortunately, probiotic and prebiotic interventions have helped resolved some of those chronic diseases.  Probiotics and prebiotic supplementation may be an effective strategy in improving levels of beneficial gut microbiota.  The efficacy of probiotics depends on the host’s level of physical activity, the strain of the probiotic, and the form of the supplement (Colbey et al., 2018).   Scientists are still trying to establish a baseline on healthy gut microbe balance (Bressa et al., 2017).

It has been postulated that physical exercise can modify microbiota density and composition.  Several studies have been published to determine the effects of diet and/or exercise on gut microbiota.

Research by Karlund et.al. (2019), suggests no changes in the microbiota in a high protein diet unless paired with exercise. Upon pairing, the microbiota is increased. It must be noted that protein digestion capability depends on the age, health, and microbiota diversity of the host, so benefits may not be realized by everyone.  Some may experience side effects of a high protein diet, to include abdominal pain, bloating, foul-smelling gas, and occasional diarrhea.  These side effects are related to excessive protein metabolism and amino acid fermentation in the colon (Kårlund et al., 2019).

In endurance race runners, 20 grams of protein supplementation (whey & beef) resulted in decreases in beneficial gut bacteria. However, the supplementation did not increase ammonia despite higher protein intake. It also had no effect on the microbiota’s production of small-chain fatty acids (Moreno-Pérez et al., 2018).

21 male elite race walkers were divided into three diet sample groups.  The high carbohydrate group and the periodized carbohydrate group both experienced improved race performance and increased speed.  There were no significant changes in total gut microbiota or diversity of either of those groups.  The low carbohydrate group (followed a ketogenic diet) experienced the highest rates of fat oxidation during exercise.  However, they also had a significant reduction in beneficial fecal bacteria and an increase in pathogenic bacteroides. This may be due to the increase in bile acid secretion into the gut commonly associated with a high-fat diet (Murtaza et al., 2019).

Effects of training on microbiota

In a study of lab rats, wheel running was found to increase gut microbiota (Lactobacillus strains) in healthy rats that had been exposed to environmental toxins.  Exercise in obese rats with hypertension also increased gut microbiota.  It must be noted that exercise affected the microbiota in younger rats more than older rats (Bressa et al., 2017).

When the microbiota of professional athletes was compared to sedentary individuals, athletes had increased amounts of microbe-produced short-chain fatty acids in the stool.  This shows a larger number of microbiota in athletes.  The differences between athletes’ and sedentary individuals’ microbiota were attributed to greater muscle synthesis in the athletes (due to exercise) and better overall health than the control group(Barton et al., 2018).  In a similar study that compared active women to sedentary women, there was not an increased number of bacteria among active women, but there was increased biodiversity among active women (Bressa et al., 2017).

Fecal samples were collected from 33 cyclists aged 19-49.  Each followed a relatively high carbohydrate diet.  Samples showed low amounts of pathogenic bacteria and larger levels of bacteria diversity (Petersen et al., 2017).  There is no way to tell whether this is the result of diet or physical activity.

It appears that athletes tend to have a better developed and more diverse gut microbiome than non-athletes (O’Sullivan et al., 2015). It also appears that endurance athletes tend to have less developed gut microbiota than strength and power athletes (Bressa et al., 2017).  It cannot be determined if the differences are a result of training, a result of the high protein/high carbohydrate diets commonly consumed by athletes, a combination of diet and training, or some other factors. There are some controlled trials and observational studies, but none specific enough to draw definitive conclusions.  More research is needed to determine the effects of exercise on the health and diversity of the athlete’s gut microbiota.